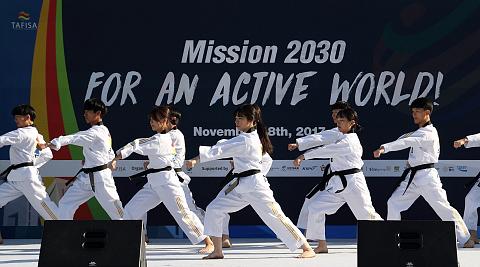 For a better world through Sport for All: TAFISA family welcomes WRF

World Rafting Federation signs a new membership with The Association For International Sport for All.

The origins of TAFISA date back to the 1960s, with the semi regular gathering of international but individual personalities and leaders interested and working in the field of Sport for All, under the title ‘Trim and Fitness’. At the time, Sport for All was a little known concept.

Nowadays TAFISA has over 360 members from more than 170 countries on all continents and “We are happy to become one of them.» declared WRF President Barmaz. «We aim to achieve an active world, promoting sport for all, and that’s what TAFISA does everyday around the world.”

In 1991, TAFISA (then the Trim And Fitness International Sport for All Association), was officially formed in Bordeaux, France and its statutes registered with the law courts of Frankfurt, Germany.

In 2005, TAFISA became professional with the opening of its office, also in Frankfurt, Germany. Since then, TAFISA’s professional staff has grown to include those in the Frankfurt headquarters, those working in the office of the President, and international consultants.

TAFISA‘s primary focus is on:

Providing global and regional networking and experience sharing opportunities for its members, Supporting member development by providing appropriate programs, events and consulting services, Supporting and lobbying internationally for sustainable Sport for All and physical activity.

Sport reminds us the simple and fundamental values that nowadays are easy to forget in the everyday life; it is a transversal engine of society from the neighbourhood we live in to the global level, that’s why we think that through sport for all we can constantly build a better world. 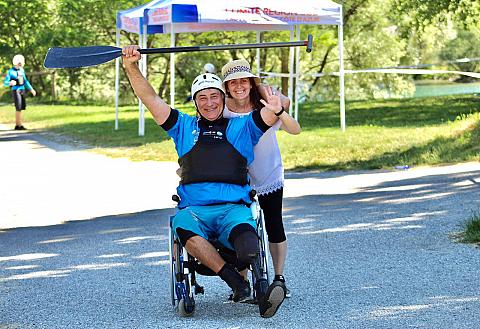 Joy, resilience and "intergenerational": #BeActive for the European Week of Sport

The seventh edition of the European Week of Sport is taking place from 23rd-30th September 2021. This year’s theme highlights the power of physical activity to bring joy, build resilience and connect generations.

For six years, the European Week of Sport has helped tackle the inactivity crisis by encouraging Europeans to embrace a healthy and active lifestyle.

Launched in 2015 the European Week of Sport was created in response to the worsening inactivity crisis. Despite sport and physical activity substantially contributing to the well-being of European citizens, the level of physical activity is currently stagnating and even declining in some countries.

EWoS launched by the European Commission

This is why the European Week of Sport exists — to bring awareness of how important an active lifestyle is for everyone. The Week is designed to give people across the world a springboard into being active, during the whole year.

And year after year the key actors of the EWoS, such as National Coordinating Bodies, Partners and Ambassadors, raise awareness about the importance of physical activity and the resumption of sports activities, whether indoor or outdoor, for the wellbeing of individuals and communities. Over 71 million people across 42 countries and regions have joined in the Week’s activities over the years.

Sport is not only about the body

While the physical and mental benefits of sport and physical activity need no introduction, our core themes for this year’s campaign do deserve one. “Joy”, “resilience” and “intergenerational” will bring EWoS to life through inspirational and real-life stories.

Sport is undeniably a source of joy for both individuals and communities and joyful exercise is, in turn, a motivator for physical activity. Sport can bring joy in many ways, and not always by making us physically stronger.

Resilience is to be celebrated and maintained via sports

Physical activity is proven to build resilience for all on a daily basis and through challenging times. If there’s anything that the past months have taught us, it’s that, even in the toughest of circumstances, it is possible to #BeActive. Along with an uptake in home workouts, there has been a surge of interest in sports such as running and cycling, the only sports available during lockdowns in many countries. As we move towards the easing of restrictions and the reopening of society, it’s now time, more than ever, to become and remain active.

In addition to changing modes of physical activity, COVID-19 has increased awareness around the importance of communities. As we gradually move towards a post-COVID era, it will be essential to focus on rebuilding communities. Sport can play a big role here, as it has the power to bring us together and bridge the generational gap between young and old. 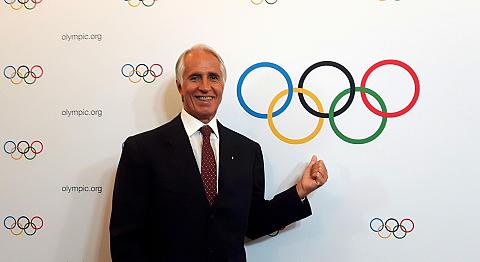 Rafting as a team sport, that requires essential cooperation, has the potential to be recognised at the international Olympic level.

The dynamic of our sport embodies fundamental values, that the river remind us in every moment we paddle in it.

We interviewed the IOC Member and President of the Italian Olympic Committee Mr Giovanni Malagò, starting from the definition of Good Governance that the Presidents Ferriani, Perurena and Ricci Bitti described in the previous interviews. The different viewpoints emphasised a common background that we totally approve.

President Malagò, what is you definition of Good Governance?

Sport has a universal value and its recognised importance at every level needs an increasingly managerial approach, in line with the growing needs of the practitioners and the ones who indirectly benefit from it. preparation, targeted skills and professionalism are needed, to follow the process properly, offering management quality, accordance and transparency.

The goal is to assure standards worthy of the stakeholders’ legitimate expectations.

The ASOIF guided by my friend Francesco Ricci Bitti promoted a path in the right direction in this regard, covering a fundamental point of reference for the sports organisations.

One of the innovations introduced with the WRF foundation is the mix category, with two women and two men literally on the same boat. The new dynamic requires balance between strength and technique and improves the awareness of the gender peculiarities with continuous exchange and feedback.

As we can see from Your CONI Vice-Presidents, You support the recognition of the women presence in the sports world as an added value. What is the future of women empowerment and gender equality at the international sport level in Your opinion, especially in light of the new Olympic Agenda?

I am very proud of the current feedback from the sport movement, not only from the IOC and the Olympic movement that are pointing the way forward and demonstrating their commitment concretely through several new and initiatives introduced in the five circle’s technical programme.

CONI has been working in this direction for years, with concrete actions: in 2018 we decided to put in place the gender representation of 30% in the Federal Councils, the election of 4 out of 13 members of different gender, and 10 out of 28 in the National Council of the Olympic Committee. has been established last year.

I think that the work of the President Barmaz and the WRF is moving in this direction, that is a source of pride and deserves the total sharing.

I can see a growing general awareness and new points of reference, together towards a winning future, in the sport but firstly in the civil interest.

The Para Rafting discipline at the international competitions aims to improve the inclusion through the power of sport: WRF decided to do not differentiate the river sections and athletes and para athletes paddled in the same rapids at the World Championship one month ago.

President, as a IOC Member, do you think that this type of competition with inclusive dynamics can grow in the future, with the recognition of the fair value?

We see an increasingly inclusive scenario, that shows the real dimension of the sport value in its authentic meaning.

There is great great focus and consideration of themes that promote integration and the olympic world is proving it: the 2020 Agenda opened a path to a future without foreclosures, that we have to chase with innovative ideas. There are a lot of chances to be seized for the sport interest, that knows no barriers by definition: it breaks them with the power of example.

We are confident that the collaboration between small and big federations can create positive synergies in both the directions: how do you see our moment in the coming years?

The path you are following is founded on a fruitful ground, made of glad intuitions thanks to the managerial guide of President Barmaz, who I appreciate for his ability to read the situations about the development of the rafting reality in a decisive way. I am sure that the passion and sense of belonging that sustain his action represent the certain of a future as protagonists. 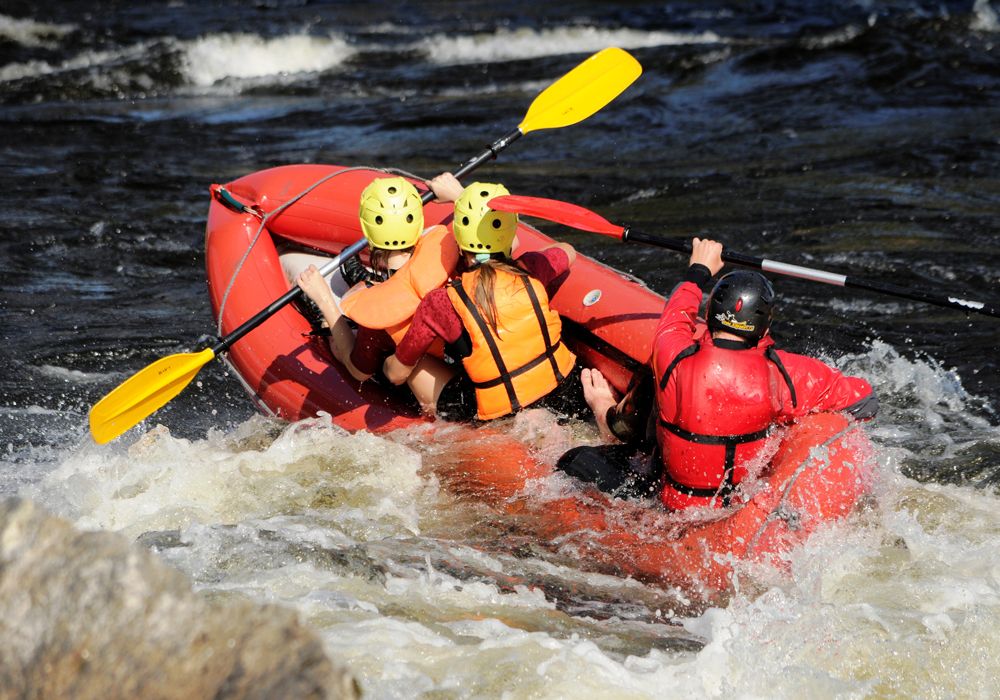 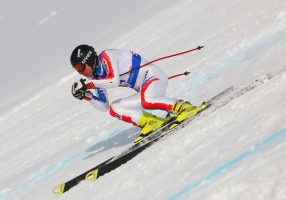 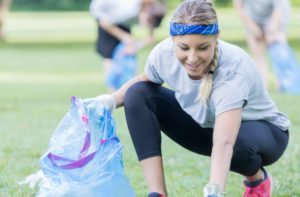 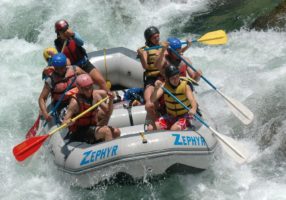 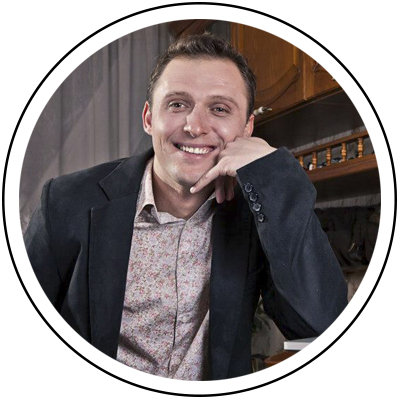 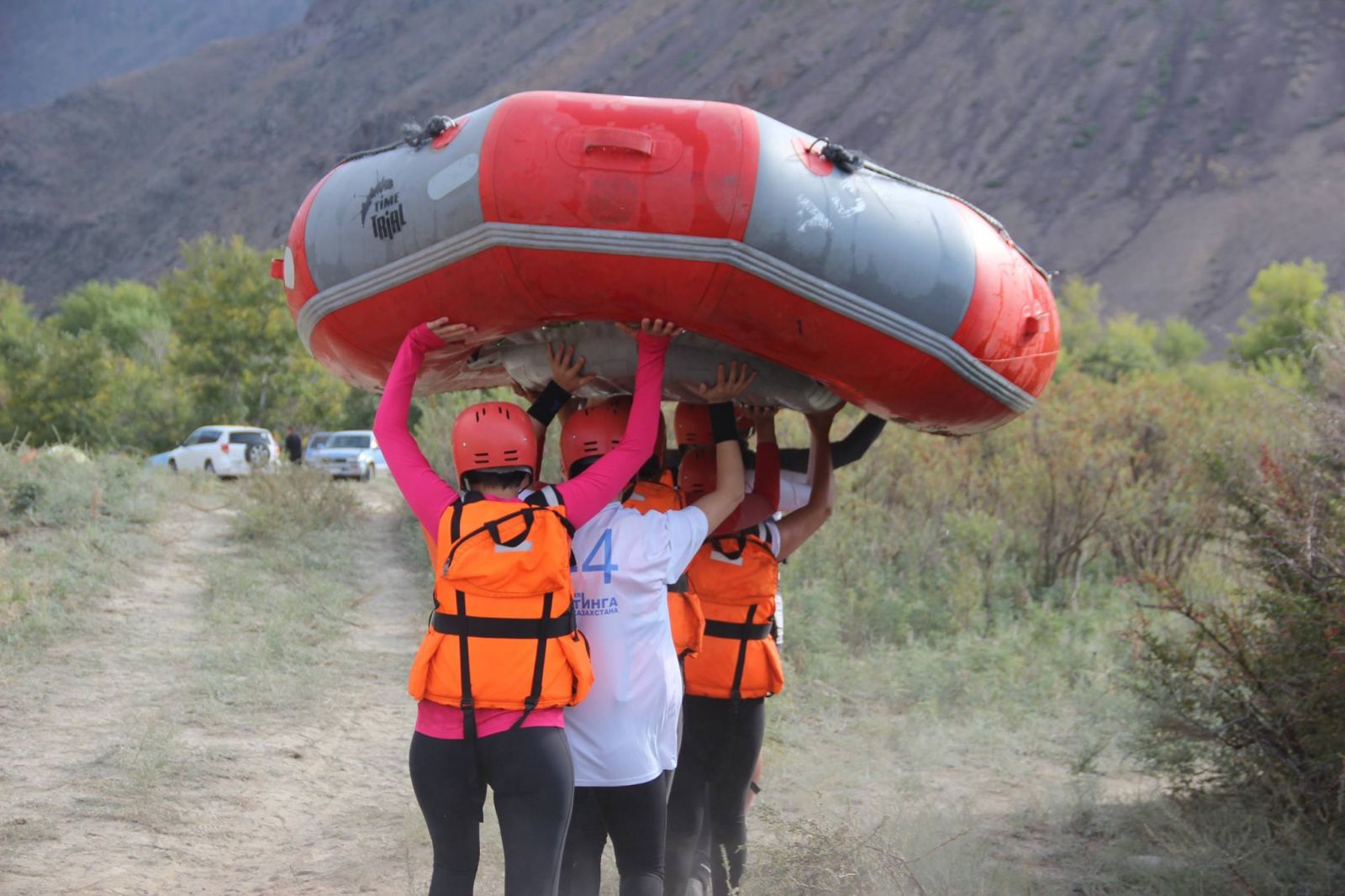 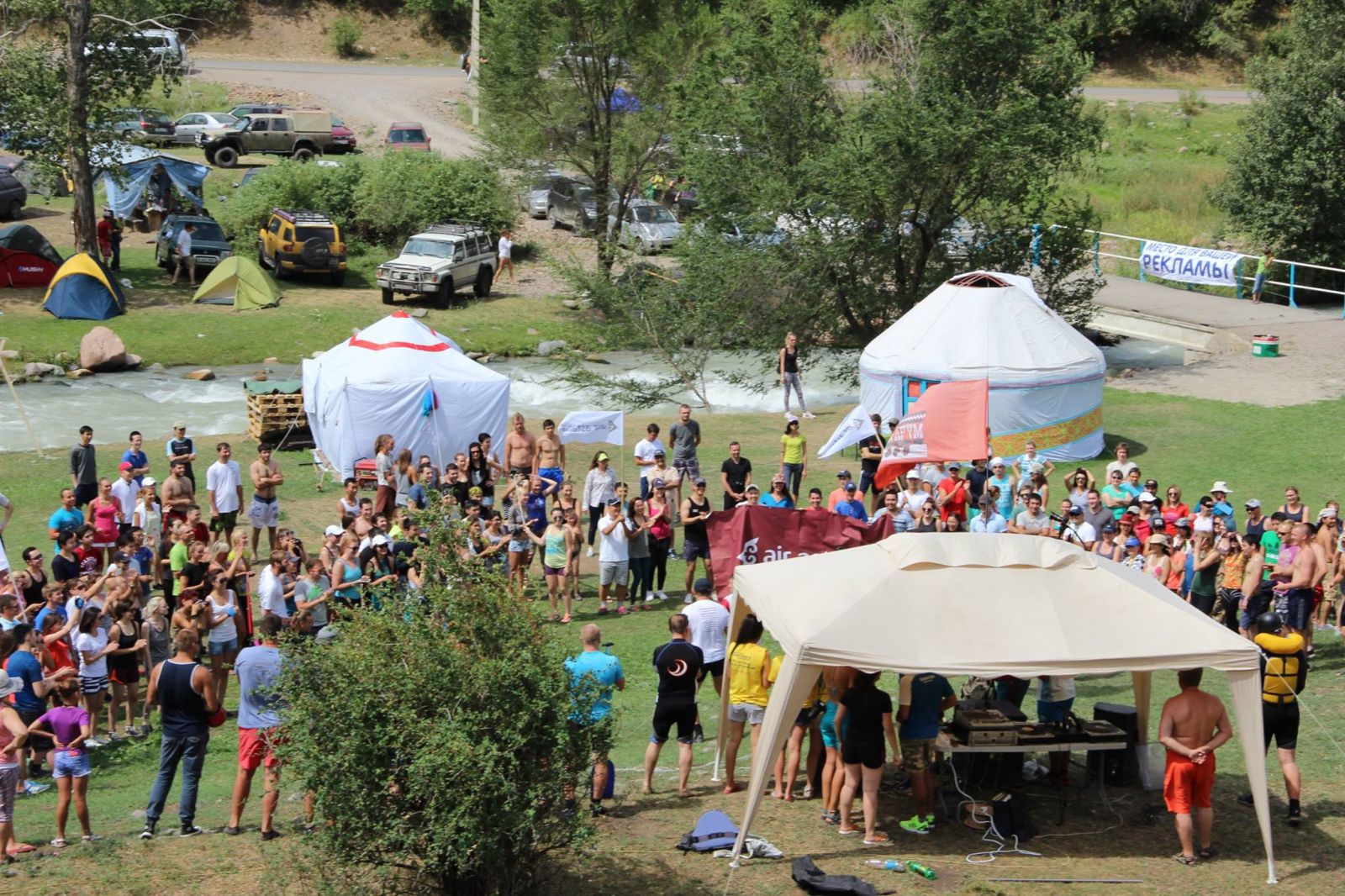 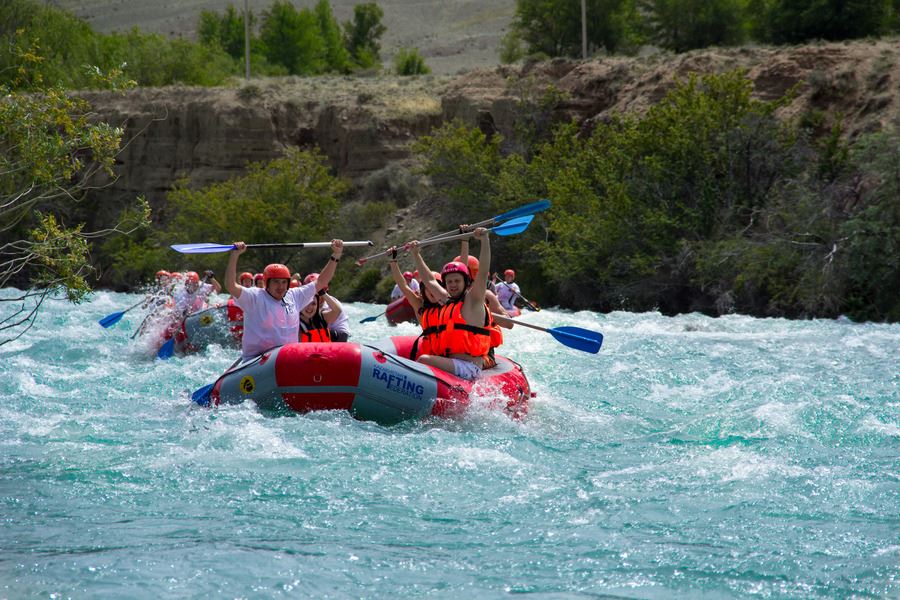 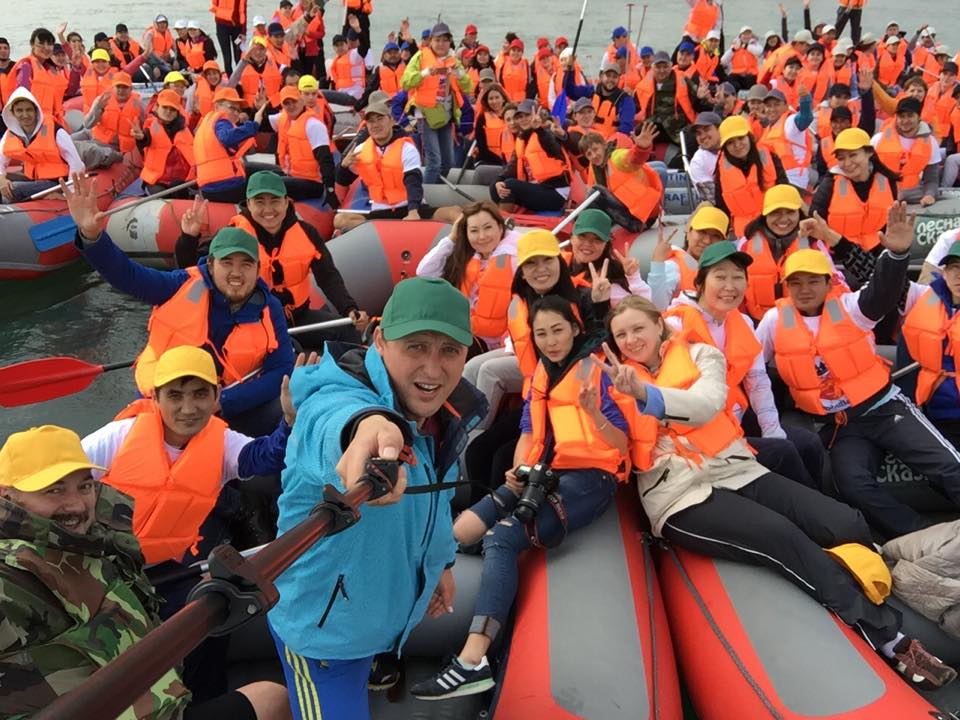 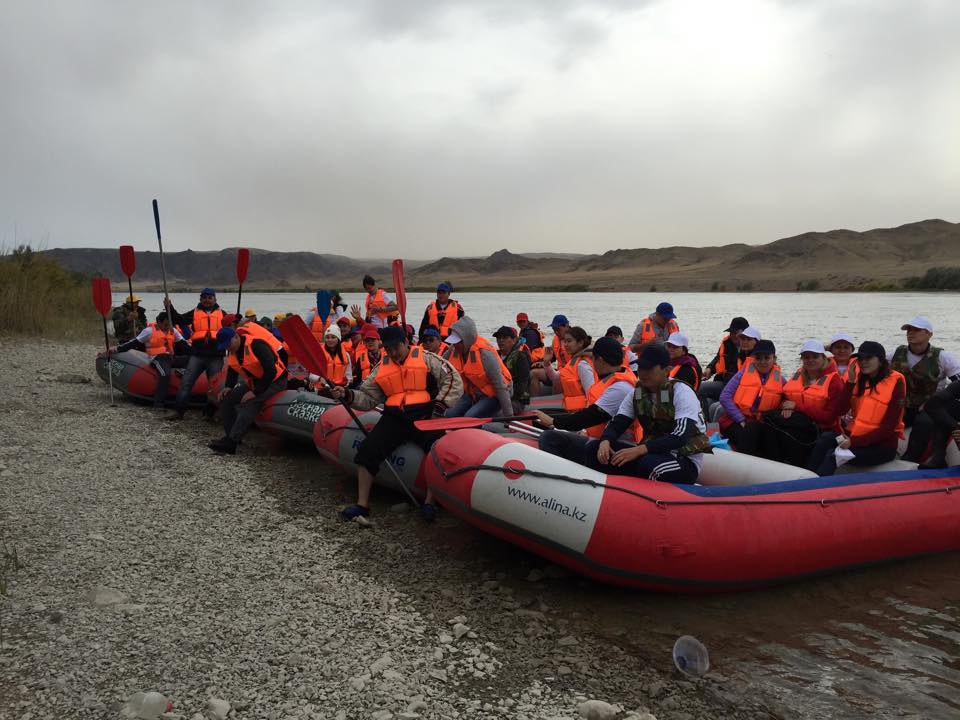 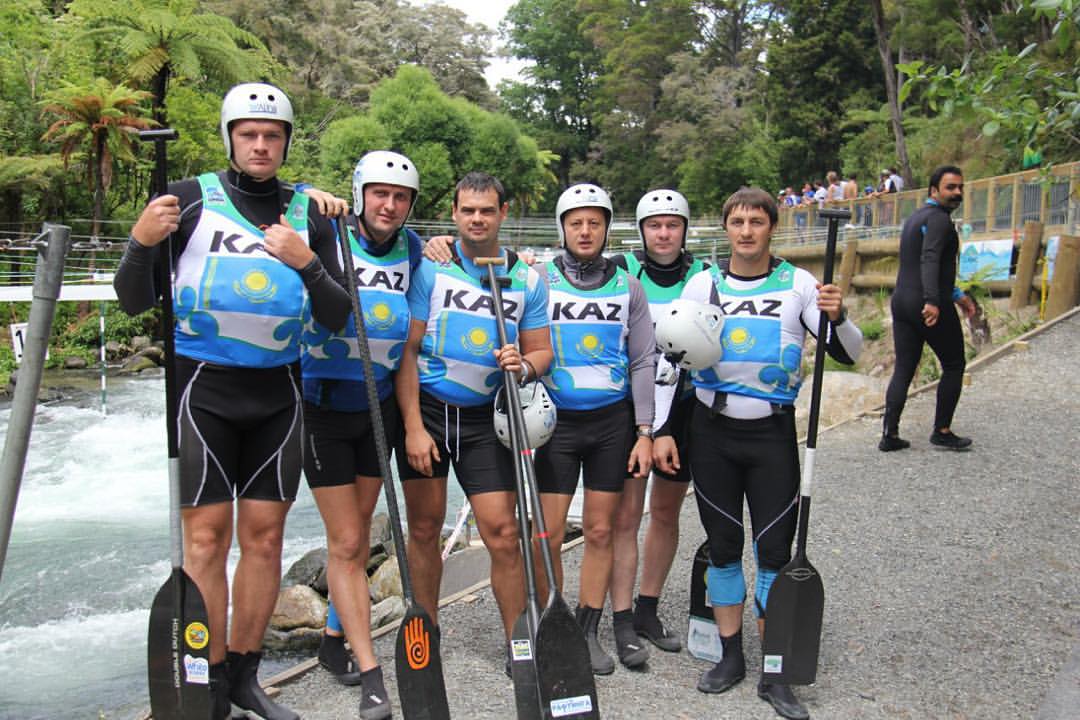 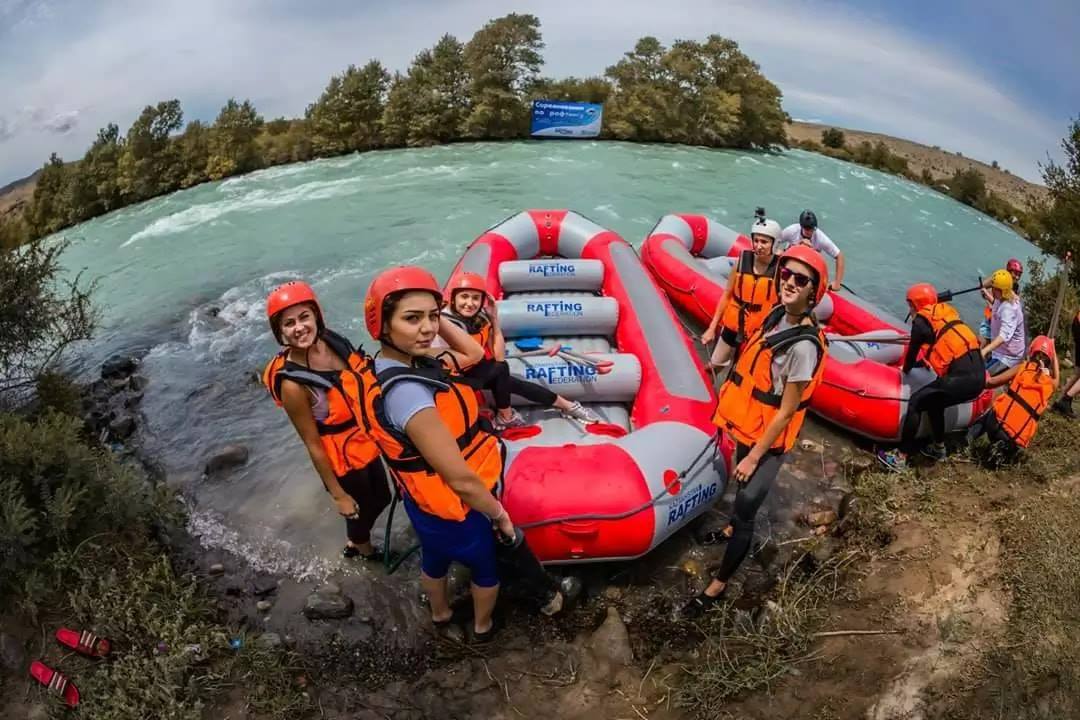 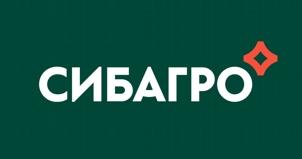